Big Brother Likes My Blog! (Da Govmint, That Is.) 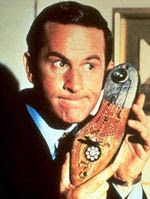 My Google Analytics people are busy tracking all sorts of information for me, including what government agencies are visiting my blog. Yep. The govmint people like the internet and they especially like reading blogs.

Seriously, I don't whether I should be flattered, scared or both, but below are some of the agencies that have poked around American Taíno. The descriptions are theirs.

Since it looks like the nice people at these agencies may be reading this and other posts, I want all my readers to know that I love America. We're the best! Oh, and I was only kidding about the Right wing being meanies.

And that stuff about 'Berto's Boyz catching terror dude #1 and messing with his wives? That was just a joke.

And when I said that that wall was dumb, dumb, dumb, what I was saying was that the Chinese don't have anything on us. Yep, that's right! Our wall is bigger and better, right? And it'll have lights and look-out towers and all of that cool stuff. Yeh, like Disney. Hey, maybe can put super-size billboards on the Wall and sell advertising? I think that the Latin American poor would love to see ads for all of the things that make America so special.

U.S. Department of Justice
The purpose of DOJ is to enforce the law and defend the interests of the United States according to the law; to ensure public safety against threats foreign and domestic; to provide federal leadership in preventing and controlling crime; to seek just punishment for those guilty of unlawful behavior; and to ensure fair and impartial administration of justice for all Americans.