Reason #7 Why the Clinton Campaign Needs To Be Shutdown: Queen of mean-spirited politics is NOT a presidential qualification

"I saw the ads" — the negative man-on-street commercials that the Clinton campaign put up in Pennsylvania in the wake of Obama's bitter/cling comments a week ago — "and I was appalled, frankly. I thought it represented the nadir of mean-spirited, negative politics. And also of the politics of distraction, of gotcha politics. It's the worst of all worlds.

We have three terrible traditions that we've developed in American campaigns. One is outright meanness and negativity. The second is taking out of context something your opponent said, maybe inartfully, and blowing it up into something your opponent doesn't possibly believe and doesn't possibly represent. And third is a kind of tradition of distraction, of getting off the big subject with sideshows that have nothing to do with what matters. And these three aspects of the old politics I've seen growing in Hillary's campaign."

Who Won The ABC Democratic Debate in Philadelphia? Sean Hannity

ABCNews' George Stephonopoulus and his hapless sidekick, Charlie Gibson were reading directly from the rightwing/Clintonista playbook.

The first half of the 2 hour debate involved George and Charlie lobbing many of the baseless allegations and guilty by association questions of today's most rabid wingnuts. The questions were the very ones rightwing screechers have been furiously pushing since they first learned that Barack Obama is a real threat to their continued political dominance. They were tabloid type gotcha questions designed to smear Barack: Bittergate, Rev. Wright, Chicago's Bill Ayers, Hamas, Louis Farahkan.

Along the way the dual gave Hillary the freedom to repeat many of the same charges and then some. Actually, she's the one that brought up Farrakhan and Hamas and purposely left the uninformed viewer to conclude that the associations were Obama's.

Hannity has been using his radio program and perch on FOX to smear Obama. Very vile stuff in keeping with his supremacists politics and clear hate for progressive Americans--especially African Americans.

However, with their waning influence -- even with conservative Republicans (e.g., few Republicans listened when he advocated voting for Mitt Romney), Hannity and the other wingnuts' pogrom against Obama has had virtually no effect on public opinion.

Hannity had George on his radio program yesterday and quickly learned that he had a willing ally. Hannity offered his tired litany of anti-Obama tabloid questions and George accepted. Not only did George accept but he himself offered that Obama, in his opinion, had not been vetted.

George, a Clintonista pseudo journalist, accepting aid from a rightwing propagandist with an unveiled agenda to defeat Barack Obama is a curious thing.

Additionally, Hillary's smirk and body language throughout the debate made it clear that she very well knew what was going down.

Notwithstanding the withering attack by George and Charlie (on behalf of the wingnuts and the Clintonistas), Hillary herself, and McCain (in abstentia), they did not knock Barack Obama down. He was smart, agile, tough and even graceful.

Obama's still standing. And he's still their biggest threat. And our biggest hope.

LIke most of you, I've been following the campaign and I have now seen and heard enough to know where I stand. Senator Obama, in my view, is head and shoulders above the rest.

He has the depth, the reflectiveness, and the resilience to be our next President. He speaks to the America I've envisioned in my music for the past 35 years, a generous nation with a citizenry willing to tackle nuanced and complex problems, a country that's interested in its collective destiny and in the potential of its gathered spirit. A place where "...nobody crowds you, and nobody goes it alone."

At the moment, critics have tried to diminish Senator Obama through the exaggeration of certain of his comments and relationships. While these matters are worthy of some discussion, they have been ripped out of the context and fabric of the man's life and vision, so well described in his excellent book, Dreams of My Father, often in order to distract us from discussing the real issues: war and peace, the fight for economic and racial justice, reaffirming our Constitution, and the protection and enhancement of our environment.

After the terrible damage done over the past eight years, a great American reclamation project needs to be undertaken. I believe that Senator Obama is the best candidate to lead that project and to lead us into the 21st Century with a renewed sense of moral purpose and of ourselves as Americans.

Over here on E Street, we're proud to support Obama for President.

http://www.brucespringsteen.net/
at 12:12 PM No comments:

Famed investigative reporter and author Carl Bernstein takes a look at a possible Hillary Clinton presidency. His assessment? It'll look much like the Clintons' current campaign and divisive politics of their first presidency.

Bernstein offers an forewarning no concerned American should ignore.

The assumption of many senatorial colleagues, former Clinton aides, and reporters (including this one) was that her presidential campaign would be much different from the one she and Bill Clinton waged through the White House years.

In A Woman in Charge, I wrote about her ability to evolve, observable especially in the years before she met Bill Clinton and in the Senate: to learn from her mistakes. Events have proven me wrong on that count.

The 2008 Clinton campaign, in fact, has been an exercise in devolution, back to the angry, demonizing, accusatory Hillary Clinton of the worst days of the Clinton presidency, flailing, and furtive, and disingenuous; and, as in the White House years, putting forth programs and ideas worthy of respect and deserving of the kind of substantive debate she claims she wants her race against Barrack Obama to be based upon.

Bill, meanwhile, has taken up Hillary’s old role as defender and apologist, with disinformation and misinformation, but (far less effectively than she defended him). Also with near-apoplectic tirades that have left their friends worried and wondering.

In the process of their search-and-destroy mission against Barack Obama, the Clintons have pursued a strategy that at times seems deliberately aimed at undermining Obama’s credibility if he becomes John McCain’s opponent — heresy in the view of an increasing number of the Clintons’ former supporters and aides, a surprising number of whom now back Obama.

Politicians for the status-quo--and their mouthpieces in the media--are apoplectic over Senator Barack Obama's recent comments about the bitterness many Americans feel over a federal government that has systematically left them behind. They're hammering Obama as an "elitist" that's out-of-touch with average Americans.

Of course, Hillary is leading the faul band. She has lashed onto the comments in a pathetic attempt to convince Democratic primary voters that she's their girl because she's now a beer and whiskey drinking, gun-loving, church girl.

You can't make this stuff up!

Jon Stewart of the Daily Show pokes fun at the response of Hillary and the wingnuts to the "bittergate" controversy. Enjoy.

98% of Historians give GWB's presidency an F

In a survey of American historians, the History News Network found that 98 percent believe that Bush's presidency has been a failure, while only about 2 percent see it as a success. Additionally, more than 61 percent of the historians view the current presidency as the worst in American history.

Among the reasons given for his low ratings:

This should spell doom for the continued Conservative Republican rule. However, they won't go down without a fight.

The rightwingers will go nuclear in an effort to keep power.

Look for the rightwing screechers/propagandists (Limbaugh, Hannity, et al) to put their "distract the electorate" campaign into overdrive. Their choice devise? The not so thinly veiled racial attacks on Senator Barack Obama.

The First Draft of History Looks a Bit Rough on Bush

Email ThisBlogThis!Share to TwitterShare to FacebookShare to Pinterest
Labels: W

According to New York Construction Workers United, about 64 per cent of the city's 250,000 construction workers are immigrants who do the vast majority of non-union work.

Of the 43 incidents that took place in New York in 2006, almost half of them involved Latinos, according to the Department of Labor Statistics.

Workers pay price of NYC boom
at 10:58 PM No comments: 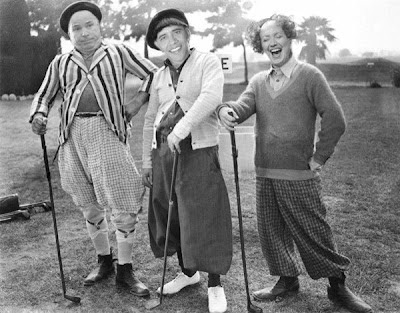 Email ThisBlogThis!Share to TwitterShare to FacebookShare to Pinterest
Labels: Charity

Reason #6 Why the Clinton Campaign Needs To Be Shutdown: Self-Indulgent, Undisciplined, Orwellian

The media is all a twitter and Clintonistas are spitting fire over revelations that Hillary and Bill's final argument to Super Delegates: Obama Can't Win.

Just think about this argument for a minute: While Hillary is losing to Obama in the Democratic Party's own primary contests, "supers" should ignore this and crown Hillary because only she can win. Say What?

Finally, no doubt that Obama has run an innovative, disciplined and effective campaign--of the sorts never seen before. By comparison, Hillary's has been messy, undisciplined and has grossly underperformed. Add to that record the fact that Hillary failed in her central senatorial promise to bring even modest economic help to Upstate New York; drove health care reform into a ditch; and has been involved (or Bill) in so many questionable and even shady transactions. But still, Hillary should be the nominee because she'll make a better chief executive than Obama.

This whole pathetic Hillary run (along w/Bill and W's 16 years) is yet more evidence for why the voters should NOT entrust the leadership of the U.S. and the world to bankrupt baby boomers. Any wonder why voters are preferring McCain and Obama?

Reason #5 Why the Clinton Campaign Needs To Be Shutdown: An Out of Control Bill

Bill Clinton has been a liability to Hillary Clinton's run for the Democratic nomination. His junkyard dog outbursts and intimidation of students, reporters and even super delegates is beyond the pale, unprofessional and, of course, unpresidential.

Everyone knows that the Clintons are a dysfunctional mess--especially Bill, but many Democrats have tried to gloss over all of that in an effort to support Hillary's historic bid.

However, Bill's erratic behavior, combined with Hillary's own character challenges, are causing the party faithful to question whether they can stomach a 3rd Clinton presidential stint.

It really is past time to tell the Clintons and their acolytes to go away.
at 7:30 PM No comments:

Jimmy Carville's vicious attack on Bill Richardson for endorsing Senator Barack Obama is exactly what the governor has been cautioning Democrats against--and why decent Democrats everywhere must condemn Clinton-style politics.

Richardson's rebuttal was published in the April 1st edition of the Washington Post. Here's the conclusion:

I do not believe that the truth will keep Carville and others from attacking me. I can only say that we need to move on from the politics of personal insult and attacks. That era, personified by Carville and his ilk, has passed and I believe we must end the rancor and partisanship that has mired Washington in gridlock. In my view, Sen. Obama represents our best hope of

replacing division with unity. That is why, out of loyalty to my country, I endorse him for president.

It's pathetic that the Democratic Party, which considers itself morally superior to the Republicans, is still in the grips of the morally bankrupt Clintonistas and their polluted politics.
at 10:54 AM No comments: