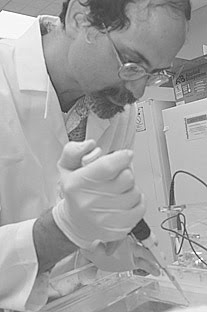 Tracing Taíno Ancestry in Puerto Rico is a paper by Margarita Santori López. While there are no new revelations or findings, she does a nice job of summarizing the Taíno mitochondrial research of Dr. Juan Carlos Martínez Cruzado.

BTW: I believe that the mentioned research that was to be published last year by Martinez Cruzado also showed Taíno mtDNA present in Hispaniola--albeit in a smaller percentage of the population than is the case in Puerto Rico.

The following is an excerpt:


At the beginning of his research Martínez Cruzado searched for Taíno ancestry by extracting mtDNA from bones. This technique was discarded because the results did not show variety in the genetic material extracted, and the technique was too expensive and complicated.

The professor, then decided to collect hair, saliva and blood samples from people with typical Taíno traits to obtain their mtDNA. Between 1998 and 1999, the investigation was based on analyzing the mtDNA of voluntaries from UPRM and Indieras, Maricao. The study revealed a higher incidence of Taíno DNA in people from Indieras whose physical appearance resembled Taínos: black hair and slanted eyes.

The professor then obtained funding from the National Foundation of the Science of United States to analyze the mtDNA of a representative sample in Puerto Rico. Martínez Cruzado found 19 maternal lineages; nine of which have enough frequency and variability to suggest that they go back to the pre-Columbian period. “All the members of each lineage share a great-great-grandmother. These great-great-grandmothers are responsible for all the lineages in the world and share an African great-great-grandmother,” explained the scientist.

The study shows that the majority of the Indian lineages in Puerto Rico originated in the Amazonic region.