Sugar Pathways: A Documentary Film on the Migration of Boricuas to the Virgin Islands 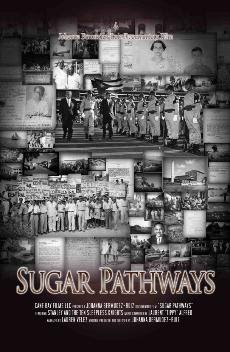 Award-winning filmmaker Johanna Bermúdez-Ruiz new film, Sugar Pathways, is a documentary about the unwilling migration of Puerto Rican families from Vieques to the U.S. Virgin Islands between the 1920s and the '60s.

The film recounts the migration stories of the families through personal interviews, new and archival footage, and historic documentation.

"[Sugar Pathways chronicles] the cultural contributions of Puerto Ricans to St. Croix, their migration process from the 1920’s to the1950’s, and the resulting cultural synthesis that marked the inevitable path to multicultural world of the 21st century.” USVI Senator Wayne James

Photo: Johanna Bermudez-Ruiz and her father, Juan Bermudez, at The Government House.
at 5:42 PM