The Latest of 'Phoenix The Rapper': Lunges at Heckler in Miami 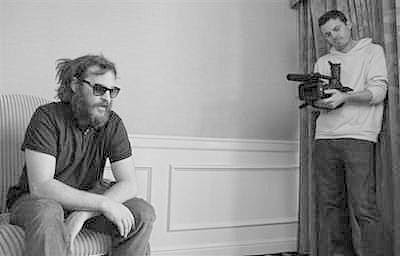 Joaquin unveiled the latest installment of his ongoing 'reality' movie this morning during a short rap session at a Miami nightclub. An annoyed Phoenix The Rapper jumped off the stage to confront a heckler. Security stepped in and quickly escorted the angry performer away. End of episode. Real or acting? Some fans and foes are perplexed--although having Casey Affleck videotaping each episode is a big clue.

Regardless, Joaquin is a gifted actor bold enough to seek to redefine the very parameters of his craft. I love it!