In my new book, Ruins of a Society and the Honorable, I speak of the foreign invasions and injustices that plagued the islands of Puerto Rico. I speak of the injustice of my uncle Jose Pereira Torres of Monte Santo Vieques, PR, who was forced out of Vieques during the US invasion of the 1940s; he was approximately 11 years old. He migrated to St Croix, Virgin Island and ran for the Senate November 07, 1978.
In May 1979, he was accused of conspiring to participate with a radical group in sabotaging US military vehicles, charges that were later proven false and eventually dismissed. The only violation committed by Jose Pereira was when he and 21 others were arrested for civil disobedience in a restricted US Navy bombing area, which was also the same year when The Crusade for the Rescue of Vieques was founded. But the injustice against Jose Pereira and others didn’t end there. Against his will and proclamation of innocence, my uncle was labeled a communist by US officials, but Jose Pereira saw himself as a freedom fighter and not an independentistas.
In his words, “independentistas concern themselves with too many issues beyond the problems of Vieques.” Unlike many others, I acknowledged the existence of the court and I make it clear this is not the problem. The bombardment, the injustices of our people and the forcible migration of Viequenses are my concerns. I’m here to prevent future generations from the humiliation we were all subjected to.”
Making it clear to his family; he accused the government of torture and experiment of others while incarcerated. Angel Rodriguez Cristobal, who was also arrested with Jose, was sent to a federal prison in Florida, two weeks later he was found dead in his cell. According to prison officials he committed suicide by hanging, but reports stated he had a large gash across his forehead and a pool of blood beneath his feet where he hung in his cell. (2 minute video of Angel Rodriguez Cristobal's funeral procession)
Jose Pereira returned to St Croix and later died of cancer. Although these inhumane practices no longer exist in Puerto Rico, the reminisce left behind by the constant years of US military exercises in bombing Vieques, still show signs of extremely high levels of radiation, lead contamination and cancer among many children throughout most of the island of Vieques, Puerto Rico.
Sugar Pathways brought to surface in my mind the many stories told to me por mi madre, Margarita Pereira Morales, mi tio, Diego Pereira y mi tia, Maria Pereira Martinez, who is still a resident of Vieques. Johanna Bermudez-Ruiz has done a wonderful job in her documentary. I’m not only proud to say we are of the same bloodline, but extremely proud to have known her during my lifetime.
Al Bermudez Pereira
Photo: Al Bermudez Pereira
at 9:27 PM 4 comments: 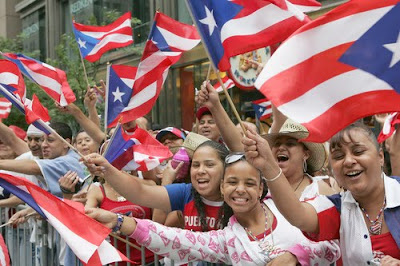 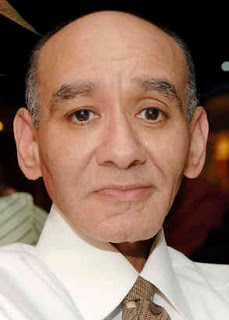