Canary Islanders contributions to the history and culture of Puerto Rico is vast. For example, Puerto Rican Spanish was shaped by the dialect of the Canary Islander migrants. The Tiple and Puerto Rico's beloved Jibaro culture's "Spanish" contribution trace back to Canarios (also known as Isleños).


Furthermore, DNA sampling in Puerto Rico found strong evidence of mtDNA matches for Canary Islannds genetics. In some communities, 55% of the residents contain the markers, while in others, particularly in the Western portion of the island, it's as high as 82%.

Even the name Puerto Rico is from the Canary Islands, i.e, the port in San Juan was named after GrandCanary's Puerto Rico. And many of the island's cities were founded by Canarios.

Taino in the Southeast US pre-1492

The petroglyphs from Arecibo, PR and Atlanta, GA both portray a Taino guardian spirit. 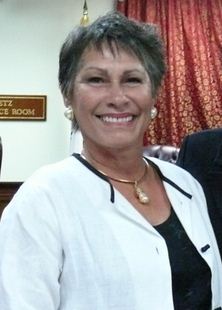 Luz Suarez de Highfield is a St Croix native and bilingual teacher who serves as a member of the Board of Trustees of the US Virgin Islands University.
at 11:52 PM No comments: