Commander Lt. Gen. Ricardo Sanchez: Iraq War is a nightmare with no end in sight 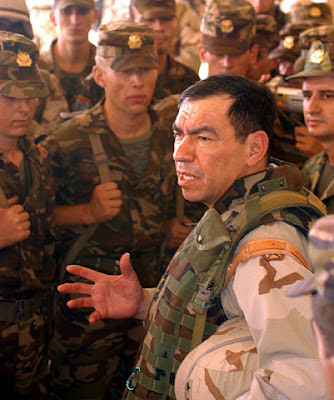 Retired Iraq War Commander, Lt. Gen. Ricardo , spoke out for the first time since leaving the military in 2006.

Speaking to a group of war reporters, the general said that the U.S. mission in Iraq is a "nightmare with no end in sight" because of political misjudgments after the fall of Saddam Hussein that continue today.

Additionally, Sanchez criticized national leaders for “[c]ontinued manipulations and adjustments to our military strategy [which] will not achieve victory. The best we can do", he says, "with this flawed approach is stave off defeat.”