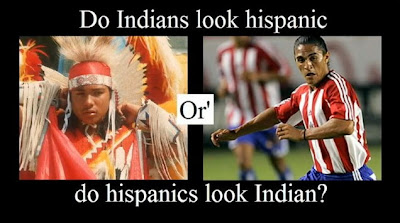 - There is a problem in the U.S. with the label Hispanic.
- The problem is people are redefining the term.
- The correct term for the label Hispanic; refers to those peoples of origin of Southern Europe. [Hispania]
- Here are some facts that can help you understand.
Hispanic is a term that goes back to the time of Romans [The true Latinos].
- Hispanic is someone of, from, or pertaining to the historical region of Hispania.
- Hispania is the name that Romans used to call the southern part of Europe, what is now "modern" Spain.
- From Hispania you get España.
- The Romans used the term Hispanus in Latin to refer those from Hispania (Spain).
- Hispanus is Latin for the Castilian (Spanish) word Hispano.
- In todays days now the term has changed and people are misusing this label, specially the U.S. Who considers "Hispanic " anyone who lives in the United States of "Latin America" Origin and can be of any Race, Black/African descent, White/Caucasian, Asian and/or Amerindian/Native American.
- The term of Hispanic in the United States is obviously wrong and Idiotic.