A Little Guajira Invented the Cappuccino! 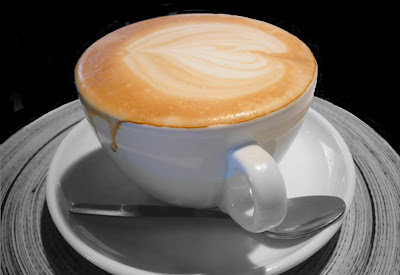 Who invented the Cappuccino?

Capuchin friar Marco d'Aviano (circa 1683) is given credited, but I'm not so sure.

Supposedly, sacks of Turkish coffee were captured when the Romans repelled the Muslim invaders. However, the soldiers found straight up espresso was too bitter for their palate. Friar d'Aviano's heavenly brainstorm was to add frothy milk and sweetner to the black brew. Thus was borne the Cappuccino -- and the metrosexual Romano!

Far fetched? I think so.

Los Romanos reigned for centuries as the baddest of Europe -- a ruthless and fearsome killing machine, but to drink coffee these lords of war needed sugar and frothy milk? Hmmmm. (On 2nd thought, perhaps it's true. After all, while some men drank Scotch, Rum, Vodka and Tequila, Romans preferred syrupy and fruity concoctions, e.g., Amaretto, Sambuca and Cianti.)

A more plausible story? How about a little Guajira Cubana -- Carrie's abuelita -- as creator of the Cappuccino! Y Por Que No?