Sotomayor Day 1: Score One for The Wise Latina 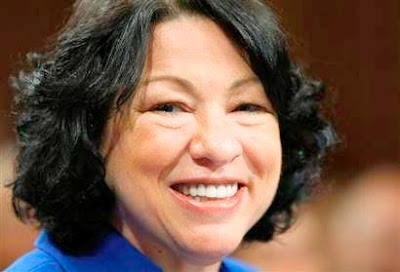 Sonia Sotomayor's confirmation hearings before Judiciary Committee began yesterday. It was a good day for the smart, patient and gracious Judge and a bad day for the band of wingnuts.

While a majority of the committee are conducting themselves in a thoughtful and respectful way, the same however can not be said for five of the Republicans (Cornyn of Texas, Grassley of Iowa, Kyl of Arizona, Coburn of Oklahoma) on the panel led by confirmed racist Jefferson (Jeff) Beauregard Sessions III of Alabama.

Mimicking the rants of Limbaugh, these 5 privileged White men--in full bluster--suggested that Sotomayor's views are at odds with the just and color-blind rulings of the U.S. Supreme Court.

What's weird is that these fellows are blind to their buffoonery.

Decision: Sotomayor
at 9:51 AM