Luis Humberto Valadez - what i'm on 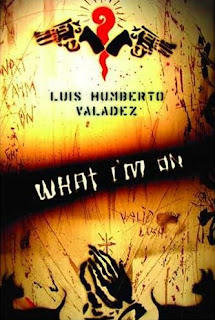 Luis Valadez is a performance poet and his poems shout to be read aloud. It’s then that their language dazzles most brightly. It’s then that the emotions bottled up on the page explode beyond words. And there is plenty of emotion in these poems.

Frankly autobiographical, they recount the experiences of a Mexican American boy growing up in a tough town near Chicago. Just as in life, the feelings in these poems are often jumbled, sometimes spilling out in a tumble, sometimes coolly recollected. Sometimes the words jump and twitch as if they’d been threatened or attacked. Sometimes they just sit there knowingly on the page, weighted down by the stark reality of it all.

This new Mexican American/Chicano voice is all at once arresting, bracing, shocking, and refreshing. This is not the poetry you learned in school. It owes as much to hip hop as it does to the canon. But Valadez has paid his academic dues, and he certainly knows how to craft a poem. It’s just that he does it his way.


i anagram and look and subject to deformation and reconfiguring . . .
it ain’t events or blocks that ahm jettisoning through this process
it be layers of meaning, identity, narrative, and ego that gets peeled off
i can only increase my own understanding