On March 21, 1937 (Palm Sunday), a march was organized in Ponce, Puerto Rico, by the island's Nationalist Party. It was organized to commemorate the ending of slavery in Puerto Rico in 1873, and to protest the jailing by the U.S. government of Pedro Albizu Campos. 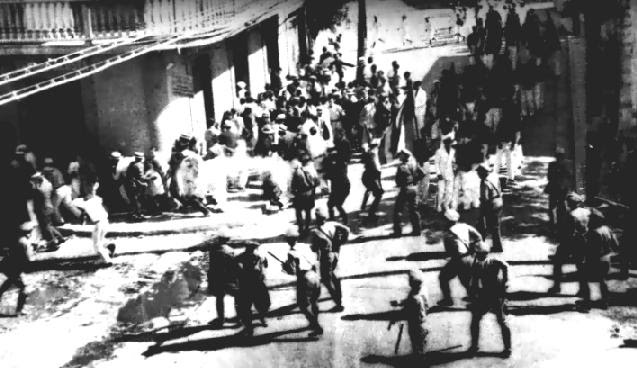 Seventeen unarmed marchers were murdered and 235 wounded, including women and children. Hundreds more were jailed. The US Congress moved quickly to immunize Riggs and Winship from any charges.

It was the biggest massacre in Puerto Rican history. The following is a 19 second clip of that day of infamy.