Badillo says Latinos don't care about education; but research says they do 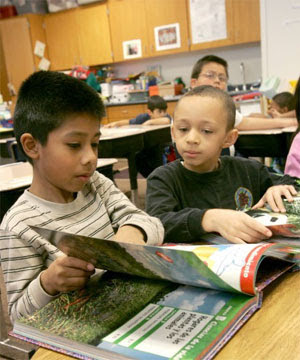 The problem with having a reasoned discussion about education in America is that the research on important questions is either lacking or it’s poor.

Believe it or not, but research in education is typically conducted by advocates or special interests groups, or “researchers” aligned with these groups, much of is not worth the paper it's written on. They’re really political documents used to support or oppose a policy or program (typically tied to big dollars).

On the question as to whether Latino parents do or do not care about the education of their children, informed conclusions and tailored policy decisions without unbiased research is simply impossible.

Of course, that doesn’t prevent people with political agendas from writing and publishing reams and reams of opinion masking as serious inquiry.

Feelings about the condescending nature of the question aside, whether Latino parents do or do not care about the education of their children can be studied. However, Herman Badillo’s controversial One Nation, One Standard is not in any way or form a valid study.

While Mr. Badillo's sponsors, The Manhattan Institute, publishes many papers it is in no way an unbiased seeker of the truth. MI has unflagging commitment to one goal: the adoption by government of rightwing economic and social policies. Papers, books, seminars (and Mr. Badillo's musings) are simply a means to a predetermined end.

So while Mr. Badillo and his colleagues at the MI are producing slick and well-financed propaganda, who’s doing real research on what Latinos do or do not value?

Well, it appears that two professors at the University of Nebraska at Omaha have been looking at the very question regarding Latinos and education. They recently completed Second-Generation Latinos in Nebraska: A First Look. Here are some of their findings:

This study appears to rebut Badillo’s contention that Latinos don’t care about education. Most Latino students want to go to college and an increasing percentage in succeeding generations finish high school and go to college. None of that could happen if Latino parents didn’t place a great deal of value on education.

But mine or Mr. Badillo's views on these questions should not be the focused of attention and debate. The Latino community, the general public and policmakers should be demanding serious research on serious questions so that we can solved the real problems and begin educating all of the children.
at 8:30 PM