To Fix Puerto Rico Begin by Empowering the Mayors 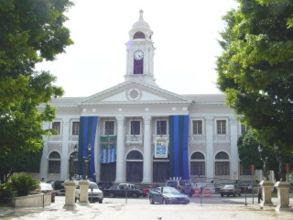 Based on any measure, that government is a bust: sky high unemployment, a sky rocketing crime rate, poorly maintained infrastructure, poorly managed public hospitals and public schools without the basics.

The solution? Flattening the national government by devolving responsibility, authority and resources to the political units closest to the people. Doing so would inject a measure of accountability that is simply lacking under the current arrangement. The empowered mayoralty would attract higher caliber leaders who in turn would seek innovative solutions to local challenges.

The good news is that a hand full of mayors does--and they’re taking matters into their own hands. They have slashed their own municipal staffs while improving services.

These mayors want to do more but that requires an amendment to the Island’s constitution. Historically, the island’s legislature has been served as an appendage of the San Juan-based political establishment. Their tendency has always been towards a larger and yet more centralized government, so the idea of now doing the opposite may unfortunately may be too much for that group.

The only hope is that things have gotten so bad, and the prospects for yet another bail-out so remote, that the San Juan elites may see it as in their self-interest to push for the reforms, too.
at 10:13 PM