The Daughters of Juarez: A True Story of Serial Murder South of the Border by Teresa Rodriguez 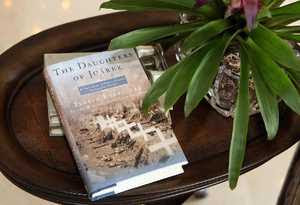 For almost a decade, the faces and families of the murdered women have haunted Teresa Rodriguez.

The Emmy-winning Univision journalist went on to cover hundreds of other stories after her first trip to the Mexican border town of Juarez, scene of heinous crimes, but her thoughts -- and her interest -- always returned to those hundreds who were tortured, raped, their bodies abandoned in the desert.

''I couldn't get them out of my head,'' Rodriguez says. ``The story, the women, became part of my life. There was one moment that I realized I had become obsessed with it and also obsessed with the reality that I did not have all the answers.''

Audio: Teresa Rodriguez discusses her book ‘The Daughters of Juarez’ and her decade-long investigation of the murders of 400 young women in that Mexican border town

It is easy to understand that obsession if you read Rodriguez's chillingly graphic new book, The Daughters of Juarez: A True Story of Serial Murder South of the Border. About 400 girls and women have been viciously attacked and killed in this area of Mexico, and the authorities are no closer to solving the crimes than they were in 1993 when the murders began. Nonetheless, Rodriguez hopes her book will help foster change.

''I want this to serve as a catalyst. I want it to be a denuncia,'' an accusation, she says.