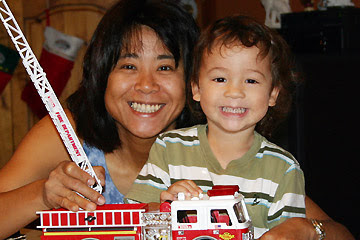 After a brief courtship in her native country of Japan, Akiko and Keith decided to marry. U.S. officials told them the fiancée visa Akiko needed to come to the United States would take 3 to 4 months to process. To be safe, when they set a date for their Hawaiian wedding, they allowed an extra month for it to arrive.

Faced with disrupting the lives of guests in two countries, a huge financial loss, they asked the government what to do. Following the govt's advice, Keith and Akiko got married as planned. Then Akiko left her new husband and returned to Japan to await her visa.

Two months later, with fiancée visa finally in hand, Akiko came to America. Once reunited with Keith, she applied for a status change. Now the U.S. government claims the Campbells broke the law and has accused them of deception and fraud.

Keith and Akiko have spent the last nine years and thousands of dollars trying to rectify the mess. Last year, they finally got good news. They received a letter from the Department of Justice saying Akiko’s visa petition had been approved. All she had to do was to go the U.S. embassy in Tokyo pick up the new married visa and re-immigrate and all would be OK.

Akiko headed to Japan, taking her children along to visit their relatives. She believed the issue would soon be resolved forever. At her appointment, not only was her visa denied but Akiko was told there was never any chance she’d get it. Later the U.S. Embassy in Japan told Keith that people with visa problems are often deliberately misled so they leave the country.

Now Akiko has been stripped of her passport and cannot go anywhere. Unless a hardship waiver is granted, she and the boys are trapped in Japan for at least 10 years.

Click here to learn what you can do to help bring Akiko and her children home!
at 12:04 AM