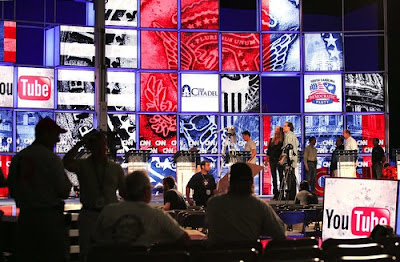 It'll be the first debate of its kind ever in which all of the questions are asked by voters via YouTube and televised on CNN. Answering the questions will be the Democratic presidential contenders who'll appear on stage in Charleston, site of next year's first Southern primary.

Republicans will face the YouTube questioners at their September 18th debate in Florida.

I'll be watching to see if the YouTube piece allows for a more meaningful debate or if it'll prove to be yet another television gimmick. I'm also curious to see how the issues of immigration, race, education and relations with Latin America are handled by the moderator and the candidates.

The controversy heading into the debate is that the forum will be "moderated". That is, Anderson Cooper (and his team at CNN) get to choose the questions from the YouTube submissions. They are free to use their journalistic judgement in deciding which questions to allow.

To see all of the questions--those Anderson Cooper will pick as well as those he'll ignore--visit YouTube's political vlog CitizenTube.
at 1:56 AM