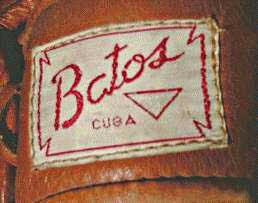 The story that gets the widest play regarding the American League victory over the National League will be Ichiro Suzuki's improbable first ever inside the stadium homerun.

It was pure Ichiro.

However, another story which may be more important to America and America's favorite pastime is that 8 of the 9 starting players for the victorious American League are players of color, 6 of the 9 are Latinos--and 6 of 9 are immigrants.

Here are the AL Latino starters and their countries of origin:

Now Gary Sheffield believes that Latino players have overtaken U.S. born African American players on major league rosters because they're easily controlled by management. Of course, that's silly stuff. Major league owners are driven to win so it's imperative that they go out and find the best players regardless of race or ethnicity.

But that still doesn't answer the question of why there are so many quality Latino players to begin with?

Of course, there are all sorts of guesses--and they're all just guesses, including that desperately poor Latino players have no other escape from poverty but baseball, or that Latino boys don't have access to other sports. But deep poverty exists in many lands including many Latin nations not known for producing stellar baseball talent. Additionally, the idea that only baseball is an option is untrue. Many Latin nations encourage soccer, basketball, diving, etc., and top players in those sports can become rich international stars.

It's really only a handful of Caribbean basin nations that produce the bulk of the star foreign players in the MLB. Of this year's crop of Latino MLB All Stars, all but a few U.S. born Latino players hail from just 3 countries: Puerto Rico, Dominican Republic and Venezuela. (And there would no doubt be a number of Cuban players if more of Cuba's talented players could sign with MLB teams.)

Could it be that those countries produce so many great baseball players because baseball is literally in the DNA of their cultures?

That is, we now know that baseball was not invented by Abner Doubleday near Cooperstown, NY. It's roots are older and deeper than anything that was played in the U.S. of the mid 1800s.

There's also the belief that baseball's origins are in the English cricket which hails from the maids game of stoolball. My only question is why is baseball, therefore, not more like cricket?

Intriguingly, there's undeniable evidence that an early form of baseball was played in the Caribbean by the Taíno. Incredibly, the game was called Batos (or bateball) in which a ball was hit with a bate or bat on a field called a batey.

Could it be that the idea for bateball arrived in the U.S. via the merchant traffic between the Greater Antilles and the harbors of North America?

The Origin of Ball Games