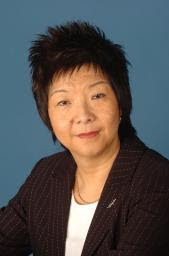 BELFAST, Northern Ireland - Anna Lo doesn't fit into the straitjacket of Northern Ireland politics. She's not a Protestant or a Catholic — and her Belfast brogue comes with a Cantonese twist.

Lo, a Hong Kong native who has lived in Northern Ireland for 32 years, on Friday became the first ethnic minority to be elected to political office in this almost exclusively white British territory. Chinese media reports also described her as the first Chinese person to be elected as a lawmaker anywhere in Europe.

Lo was one of seven people elected to the 108-member Northern Ireland Assembly from the Alliance Party, which seeks to draw support from all sides of the community.

"I'm a Taoist, not a Christian, and I don't naturally belong to orange or green," she said, referring to the local color labels for British Protestant and Irish Catholic. "I'm really in the middle."

The Alliance Party, she said, "offers the alternative to tribal politics and people came out to vote for it."
at 12:19 PM