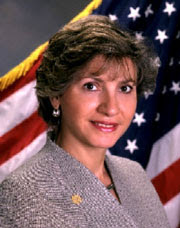 The 10-6 vote, with one abstention, came after hours of charged rhetoric from immigrant rights groups, civil libertarians, ministers and residents of Farmingville and other affected communities.

Some demonstrated in the afternoon and then packed the legislative auditorium in Riverhead. Many were forced to listen to the debate in the building lobby.

"I don't believe this bill would have any impact on the problems," Suffolk County Legislator Vivian Viloria-Fisher (D-Setauket) said in an interview. "We should be looking for a solution that brings people together."

Viloria-Fisher, deputy presiding officer of the legislature, is one of two Latinos elected to the 17 member legislature. Ricardo Montano of Central Islip in the other.