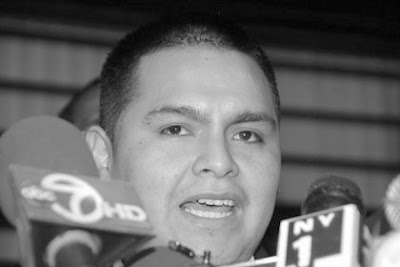 Another Latino has been murdered in the glacial moraine known as Long Island.

As in the killing of Marcelo Lucero a month earlier in Patchogue, Long Island, and the earlier slaying of Luis Ramirez in Shenandoah, PA, the attackers were a hate-filled pack of thugs prowling the night in search of victims. In all three cases, the gangs zeroed in on Latino immigrants walking home.

Unlike the other murders, the attackers in Bushwick were Black and they escaped in an SUV. In addition to using anti-Latino slurs, the attackers used anti-gay slurs in the mistaken belief that the brothers were a gay couple.

The domestic war against Latinos escalates with Jose and the Sucuzhañay family as its latest victims. But while nativists focus like a laser beam in waging their ugly war, the larger community of decent Americans are asleep at the switch. The result is that it's literally open season on Latinos--especially on the most vulnerable working late hours and travelling on foot or bicycle.