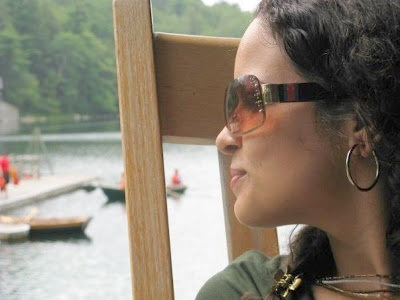 Being a woman of color writer is a process of self-definition and a constant search for community. Though still searching, it seems to me that nothing touches my soul more than the lyrics of those who challenge the political and cultural boundaries of American society.

"Suburican" is a Boricua raised in the suburbs, in other words, me. I was socialized in a racially segregated, relatively conservative city in Long Island, Long Beach, NY. While there was always a shallow acceptance or "tolerance" of others, the school's tracking system, housing patterns, and areas of employment revealed a town that was narrowly divided around race and class.

While progressive English teachers incorporated " The House on Mango Street" and "Down These Mean Streets" into the curriculum, I only knew of Latino literature as reflecting the immigrant experience and talking about "growing up." So instead of relating to author Piri Thomas as a validator of my existence, I was mostly intrigued by the lives of Henry David Thoreau, Walt Whitman, George Elliot, James Baldwin and Ralph Waldo Emerson. Like these authors, I felt alienated from my community because I saw past the "we are all the same" agenda pushed and crammed into our brains by every teacher that uttered the word diversity. Even after a 100 person race riot in our high school's cafeteria, we were still not allowed to have our own clubs based on ethnicity or talk about blatant divisions. It seemed that any time we spoke of race as an issue, we were encouraged to believe it was an illusion.

This frustration led to me to adopting the style and demeanor of the non-conformist, I was a woman poet, Puerto Rican Beatnik, my religion, transcendentalism, my music, alternative and classic rock. Reading Nuyorican poetry opened my eyes to a type of Latino literature where the poet was symbiotic with a social movement, living in another dimension, testing boundaries.