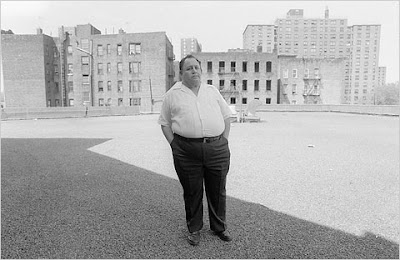 Beloved by the poor and maligned by his political enemies when he dominated South Bronx politics, Ramon Santiago Vélez Ramirez, the former South Bronx anti-poverty baron and political godfather died Sunday after a long battle with Alzheimer's disease at age 75. He is survived by his wife, Caroline Fitzpatrick; six children; six grandchildren; two sisters; and a brother.

Vélez' burial took place in his hometown of Hormigueros, Puerto Rico, where he was born and raised.

A pioneer in the rise of the Latino community and political leader, Vélez built the Hunts Point Multi-Services Center into a major medical and social service provider network serving New York City's impoverished and heavily Latino South Bronx. The write-up on Vélez in organization's website lists an amazing number of achievements, including:

ical Science, he studied law at the University of Salamanca in Spain and he served a stint in the U.S. Army. Vélez has received honorary doctorates from The World University of Puerto Rico, Peoples University of the Americas, and Mercy College of Dobbs Ferry, New York. And is work has been recognized by the City of New York, the Assembly and Senate of the State of New York, and several Presidents of the United States.

Vélez started his career as a school teacher in Puerto Rico, but switched to social work when he arrived in New York City at age 28 in the early '60s. With a $50,000 grant from the Johnson administration’s war on poverty, Vélez began his accent as the undisputed master of government fundraising.

No wilting flower, Vélez fought to secure a "fair share" of federal anti-poverty funds for the people of the South Bronx -- a long neglected community that was literally left to burn. In the process he established himself as a political force in New York. National and local political candidates of both major parties trekked up to the Bronx for Vélez' blessing. His formidable political network is credited with producing leaders such as former Bronx Borough President Fernando Ferrer, Congressman Jose Serrano, State Senator Ruben Diaz, Assemblyman Ruben Diaz Jr., and former Assemblyman Roberto Ramirez.

Here's a clip from a NYTimes write-up:

Although [Vélez] served just a single term in the Council and ran unsuccessfully for Congress twice, Vélez was the political godfather to a number of Bronx politicians — from United States Representative José E. Serrano to members of the City Council and State Senate. And, in many ways, in a city with a storied legacy of political bosses, he became the first Puerto Rican political boss. His most celebrated political triumph a hugely successful voter registration drive that produced nearly a half million new voters, most of them Puerto Rican.

Q: Remember in the '80s when it was fashionable to bash poor people of color -- e.g., Ronald Reagan's Welfare Queen? NYC's Ed Koch at the time pandered to the outer borough 'Archie Bunker' voters by blasting Velez as a "Poverty Pimp". It was a so thinly veiled racism, IMHO. But at the funeral service Koch had this to say about the smear: [It] "was based on rumor. But when we investigated him, we could find no corruption. From that point on, we were friendly with each other."

Really! So Vélez' reputation was stained for 25 years based on a lie? We learn at the man's funeral that the attacks on him were just politics?

Nonetheless, Vélez was a bigger than life character -- everyone agrees. But as with others operating between the gaps of unrelenting poverty and a tide of government money, it's easy to see where personal ambition can at times trump the public good. Some argue that that's the case with Vélez. So instead of rushing to canonize El Difunto, Angelo Falcon calls calls for a more sober assessment of the life and times of the very mortal Ramon S. Vélez. May he rest in peace.

Links:
The Legacy of Ramon Velez and the Social Amnesia of a Community
Ramon Velez, Community Organizer and Power Broker, Inspired His New York Community Velez larger than life, for good and for ill
Ramon S. Velez, the South Bronx Padrino, Dies at 75
Rinden tributo póstumo a Ramón Vélez
Anti-poverty baron Ramon Velez, 75
Mourners Remember a Bronx Political Force
In The Bronx, An Antipoverty Empire Tries To Shed A Power-Broker Past
at 12:18 PM