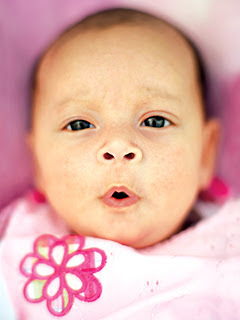 In case you missed it, PEOPLE published an interesting article (A Hispanic Renaissance in New Orleans) on the Latino transformation of New Orleans in its August 2007 issue.

In the aftermath of Katrina thousands of Hispanics arrived in this devastated city to pick up the pieces and help rebuild it. Two years later, their newborn babies–and many more to come–are changing the city to its core.

Here are the numbers:

According to the 2005 U.S. Census, before the storm there were 50,099 Hispanics in Orleans and Jefferson Parishes.

Martín Gutiérrez, executive director of the Archdiocese of New Orlean’s Hispanic Apostolate, estimates that the number of Hispanics now living in the area is between 120,000 and 150,000.

Marbella (in the photo) is just one of New Orleans' newest residents. Appropriately, her name means Beautiful Sea in Spanish.