A Nativist GOP Wired to Fail in a Diverse America

Today's GOP is under the firm grip of a pack of vicious, nativistic and egotistical loudmouths. For a political party its a deathly defect. Neal Gabler call's it the GOP's McCarthy gene. He theorizes that it's this "something deep in the DNA of the Republican Party that determines how Republicans run for office". They are repelled and even angered by diversity. 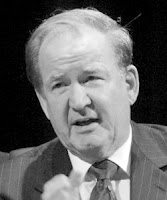 ericans have swooned for GOP anti-government posturing all these years, but the real electoral bait has been anger, recrimination and scapegoating. That's why John McCain kept describing Barack Obama as some sort of alien and why Palin, taking a page right out of the McCarthy playbook, kept pushing Obama's relationship with onetime radical William Ayers.

There may be assorted intellectuals and ideologues in the party, maybe even a few centrists, but there is no longer an intellectual or even ideological wing. The party belongs to McCarthy and his heirs -- Rush Limbaugh, Sean Hannity, Bill O'Reilly and Palin. It's in the genes." 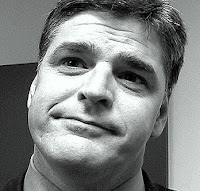 It's this part of the GOP's political DNA that accounts for the post-9/11 explosion of xenophobia, bigotry and racism. And just like McCarthy's witch hunts in the '50s gravelly wounded the once proud party of Lincoln, so again its modern day base instincts for fear mongering, intimidation, scapegoating and bluster are causing it to implode.

It's why the GOP lost the once reliably red states of Florida, North Carolina, Virginia, Nevada, New Mexico and Colorado to Barack Obama.

And it's why the GOP will likely lose Arizona, Texas and even Georgia in the not so distant future.

It's even why the Waco-Tribune -- in the heart of Red Texas -- had this to say in its post-presidential election wrap-up: The big question is if the GOP can reach beyond its far-right constituency and put aside the politics of hate and division that sank the McCain-Palin ticket. Otherwise, party hard-liners 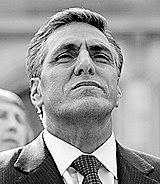 will lead it to further defeat.

Unfortunately for the party, that's not likely. As Neal Gabler observes:

And that is also why the Republican Party, despite the recent failure of McCarthyism, is likely to keep moving rightward, appeasing its more extreme elements and stoking their grievances for some time to come.