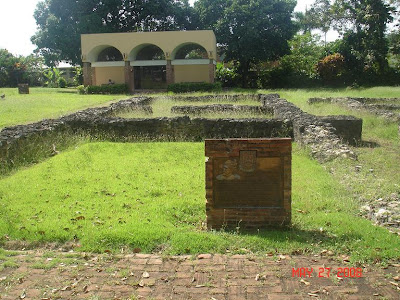 Actually, site of America's first settlement of undocumented immigrants is Caparra, Borikén (aka. Puerto Rico) in 1508 -- 112 years before Pilgrims staggered onto Plymouth.

(BTW: There were at least three established European settlements on the Eastern coast of North American before the arrival of the English refugees at Plymouth.)

Ponce de Leon's band of brazen border hoppers opened the floodgates to millions of undocumented foreign peasants to sneak into America in search of jobs. America has never recovered.
at 1:24 PM