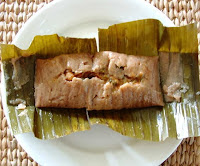 Momma's Voting For Obama
I just got an email from my older brother who lives in the western part of PR. He is on his way to pick up my 80 year old mom and they will both vote for Obama today.

Democrats deal blow to Clinton ahead of Puerto Rico vote
The Democratic Party has restored the states of Michigan and Florida to its presidential convention with only half of their voting power, dealing a severe blow to Hillary Clinton ahead of Sunday's primary in Puerto Rico.

I Voted in Puerto Rico Today - Si Se puede!
Clinton's popular vote argument hinges on Puerto Rico now that Michigan has been removed from the equation. I am interested in how this plays out, because it could finally drive a stake through the undead heart of this silly argument.

Clinton Aims for Puerto Rico Win After Setback in Party Meeting
Hillary Clinton is counting on a lopsided win in Puerto Rico's Democratic presidential primary to shore up her argument that she is better able to beat Republican John McCain in November than her rival Barack Obama.

Puerto Rico Primary: Voters Head To The Polls
In Puerto Rico, some polling places in the capital of San Juan were busy soon after they opened while others were idle.

Puerto Rico gets its moment in the political sun
At 86, the Puerto Rican grandfather hardly typifies Obama's voter demographic. But Oms, wearing thick eyeglasses and a blue-and-yellow short-sleeved shirt with an Obama button, is enthusiastic and well-versed in mainland talking points.

Clinton stumps, Puerto Rico wins
Sen. Hillary Clinton mounted a furious final day of campaigning Saturday across a halfdozen Puerto Rican towns in what is expected to be a victory for her against Barack Obama in Sunday's primary.
at 6:51 AM