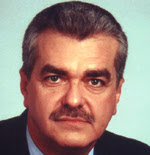 For Perez--and for many other Latinos--it's what they saw and heard in the span of two weeks from Ms. Hillary that is so disturbing. Hillary embraced New York Governor Spitzer's plan as a matter of public safety. She then equivocated. A week later her camp waspressing Spitzer to withdraw his proposal. Finally, Hillary puts an exclamation point on naked political expediency when she snapped "No!" at the CNN pseudo "debate" in Nevada.

To both sides of the immigration debate, her flip-flopping response was very telling. To anti-immigrant Republican conservatives, it showed that their movement has gained enough strength to make even the Democratic front-runner waver. But to Latino voters, this was also a clear demonstration that Clinton is not the champion they are looking for.