Oprah to stump for Obama 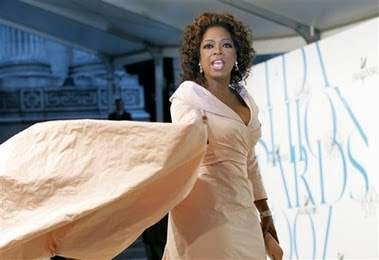 How ironic that at this low point in American history, a period of so much hate, imperial arrogance, and the reactionary politics of the small minded, the most trusted woman in America is Oprah, and the most promising political leader is Obama.

A black man and a black woman showing a path to a better place for a nation paralyzed by fear and anger seems right.