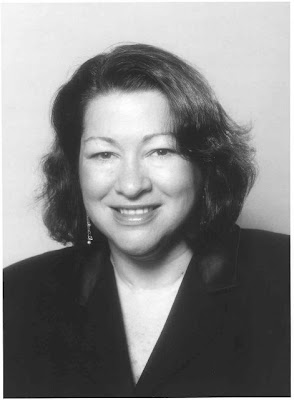 President Barack Obama has nominated Appellate Court Judge Sonia Sotomayor for the U.S. Supreme Court. If confirmed by the U.S. Senate, Sotomayor will become the first member of Latino heritage to serve on the nation's highest court.

From the AP (Obama picks Sotomayor for high court):

Judge Sonia Sotomayor is a self-described "Niuyorican" who grew up in a Bronx housing project after her parents moved to New York from Puerto Rico. She has dealt with diabetes since age 8 and lost her father at age 9, growing up under the care of her mother in humble surroundings. As a girl, inspired by the Perry Mason television show, she knew she wanted to be a judge.

A graduate of Princeton University and Yale Law School, a former prosecutor and private attorney, Sotomayor became a federal judge for the Southern District of New York in 1992.

As a judge, she has a bipartisan pedigree. She was first appointed by a Republican, President George H.W. Bush, then named an appeals judge by President Bill Clinton in 1997.