The White Supremacist in Us by Rinku Sen 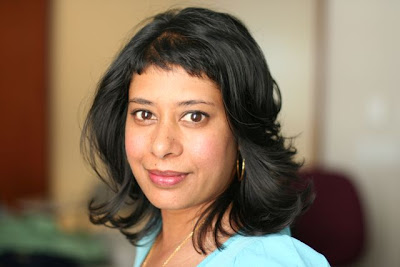 Over the past two weeks, Americans struggled to make sense of tragic shootings that seemed disconnected at first glance. Anti-Semite James Von Brunn killed Stephen T. Johns, a black security guard at the Holocaust Museum. George Tiller's murder a few days earlier seemed to be about abortion, yet his shooter, Scott Roeder, also had roots in the racial purity movement. Yesterday, it was reported that the murders of Raul Flores and his daughter in Arizona were charged to three people with white supremacist ambitions.

There's been lots of discussion about why hate crimes are rising and how to prevent future tragedies, yet we've largely missed the relationship between extremist racism and the less obvious version that plays out in our political debates. These shooters all felt that people of color (along with women and Jews) have stolen the birthright of white men. In his book "Kill the Best Gentiles," Von Brunn rails against "the calculated destruction of the White Race." Roeder was a member of the Montana Freemen; commenters on white supremacist websites praised him for ensuring that Tiller would never "kill another White baby." Flores' alleged murderers appear to have been preparing for a white uprising.

Our discussion of these events has boiled down to the idea that racism is an intentional, violent act of a lone crazy white man. Underlying this idea, however, is the unspoken assumption that since we criminalized such hatred through civil rights laws, there's nothing else we can do as a country. Collectively, we bemoan the backwardness of "some" people before we move on, thinking of racism as isolated extremism.

But social psychologists who developed the Implicit Associations Test at Harvard and the Universities of Virginia and Washington in 1998 tell us that notions of the innate goodness of white people and the equally innate badness of people of color are so deeply embedded in our minds that we're totally unaware of making such judgments. Even I, a woman of color and racial justice activist for 25 years, have taken their online test with dismaying results. White supremacists speak their beliefs aloud, but we all have similar ideas and act on them in tiny ways that add up.

The notion that people of color get more than our share plays out again and again in our institutions and policies, expanding the racial divide. If we think that Black people manufactured the foreclosure crisis in order to get a handout, the law limits their ability to get relief. If we think that undocumented immigrants are leeching off the U.S., we will not pass an immigration reform that changes their status. If we think that children of color can't learn, we don't do what's needed to improve public schools.

As a nation, we are about to make critical decisions about all our systems. Unconscious biases already permeate these debates every time we ask who deserves how much of health care, education, jobs. Our discourse is heavily coded. There's no need to say that "illegal" equals Mexican, or that the "irresponsible" homeowner is black, or that "unqualified" means woman of color. Even if we don't rhetorically attach these ideas to particular groups of people, our brains have been conditioned to make the connections anyway.

There's particular danger in characterizing racism as isolated madness during the greatest recession in 60 years. We now have to rebuild our economy - will we continue with a model that includes stark inequality? That seems likely if we can't grapple honestly with the racial gap, since structural inequality will always make our economy more vulnerable to a crash. That inequality is also what keeps us apart, in separate neighborhoods, schools and workplaces. That distance makes it much easier for violent extremists to recruit struggling white people into their ranks.

As white communities, particularly men, face conditions that have been chronic in communities of color, their vulnerability to racist ideas could disrupt the possibility of working together for real solutions. The unemployment of white men has more than doubled over the past year, from 4.2 to 8.5 percent. They are shocked, angry, and ready to direct all that heat somewhere. The most productive place for that energy is in alliance with communities of color, so that together, we can focus on changing the policies that allowed elites to run off with all our assets.

It is possible to craft truly universal social and economic policy that can both generate racial equity and improve life for everyone, including unemployed white men. There were racially-fueled murders before last week, and there's every reason to think there will be more. As we grieve, the Obama Administration and Congress continue the immense task of rebuilding the economy and reforming immigration and healthcare. Something positive can emerge from these tragic events if our efforts to understand them led to policies that actually brought us together - in our lives, as well as in our minds.

Rinku Sen is Executive Director of Applied Research Center and Publisher of ColorLines.
at 3:09 PM

Email ThisBlogThis!Share to TwitterShare to FacebookShare to Pinterest
Labels: Racism