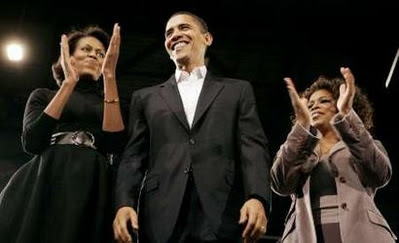 It still amazes that the media and political elites still don't get what a huge story this is. They continue dismissing Barack as a novelty. Oprah's entry has gotten their attention with her added star power, but again, it seems to me that they're seeing the tour as a short-lived act. Nothing to worry about.

Meanwhile, the elites are weary that their candidates--Romney/Clinton/Giuliani--may be upended by The People.

The people seem to prefer Obama and Huckabee.

I say, Power to the People!

Oprah Dazzles Crowds for Obama in Iowa
Oprah: Obama will be 'a force for peace'
at 6:38 PM